When it comes to Bitcoin, misconceptions abound. This is not surprising. Bitcoin is a new thing, and, consequently, all metaphors and comparisons fall short, in one way or another.

One misconception is that Bitcoin is private and untraceable. In actuality, regular Bitcoin use often has weaker privacy guarantees than using the traditional banking system, as Gregory Maxwell pointed out many years ago:

“Your inlaws can see that you're buying birth control that deprives them of grandchildren, your employer learns about the non-profits you support with money from your paycheck, and thieves see your latest purchases and how wealthy you are which helps them target and scam you. Poor privacy in Bitcoin can be a major practical disadvantage for both individuals and businesses.”

However, it is possible to look at some parts of Bitcoin in isolation and—hopefully—gain a better understanding by zooming in. One such part is the Bitcoin transaction.

In the simplest sense, a Bitcoin transaction is just a bunch of data that describes the movement of bitcoins.

A bitcoin transaction consists of inputs and outputs. Every transaction input refers to the output of a previous transaction (except the coinbase transaction). We say that an input "consumes" an output. If an output is not consumed yet, we speak of an unspent transaction output, or UTXO, for short.

Once properly understood, it is easy to see what the Bitcoin network generates: a linked data structure that, starting from a common root—the genesis block—splits and combines bundles of sats as time goes on. Properly visualized, it would look a bit like an upside-down tree. 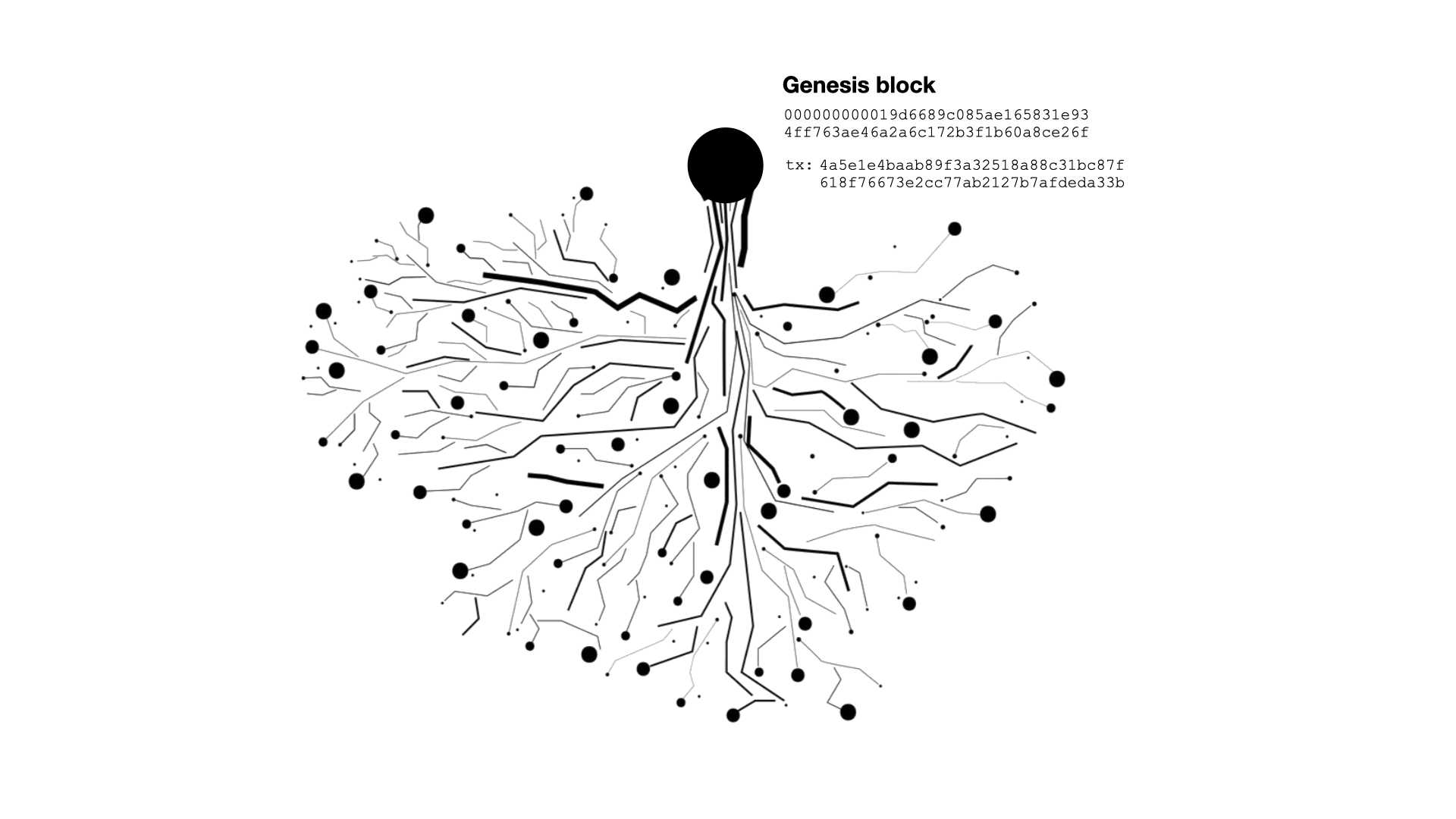 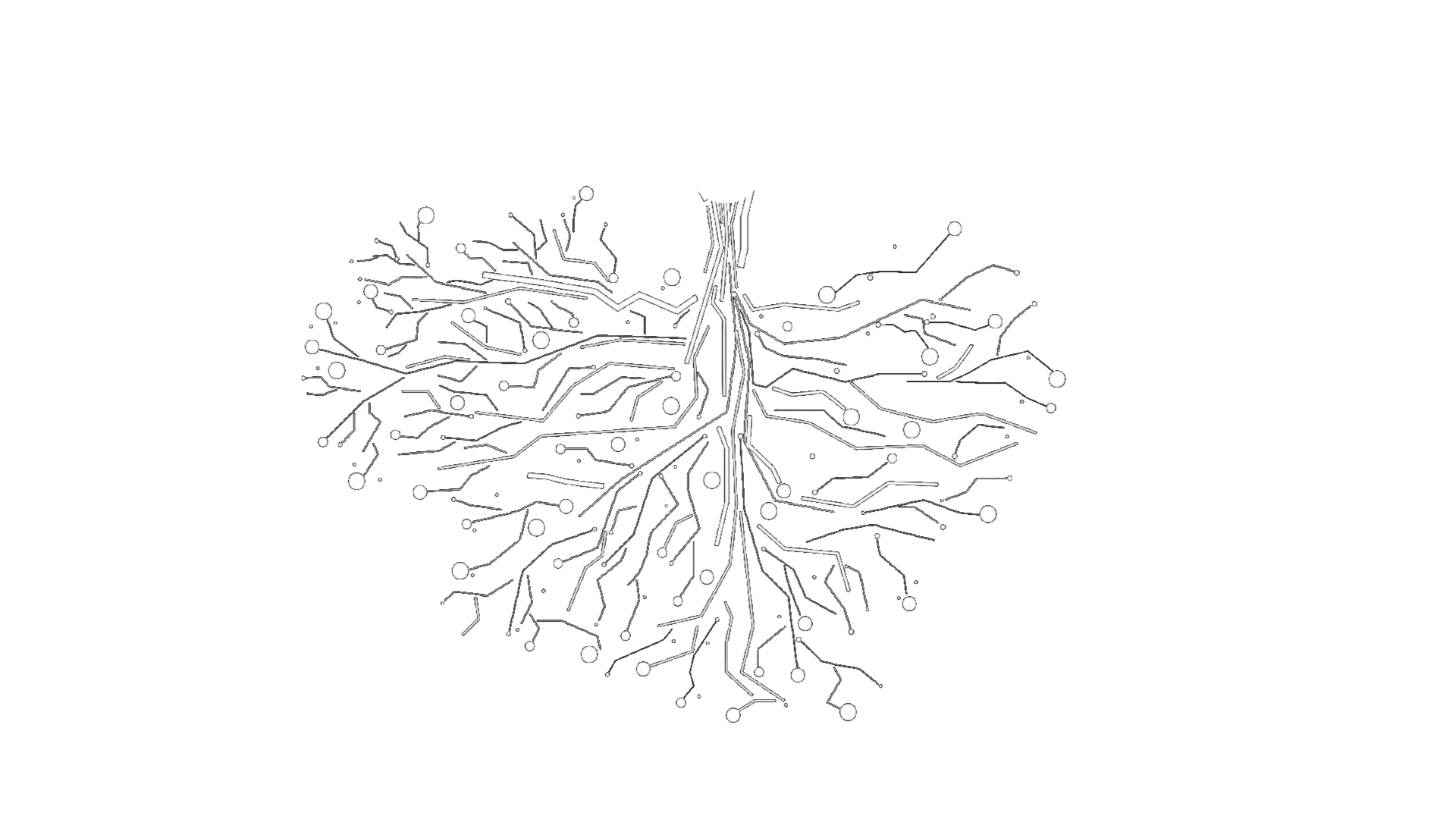 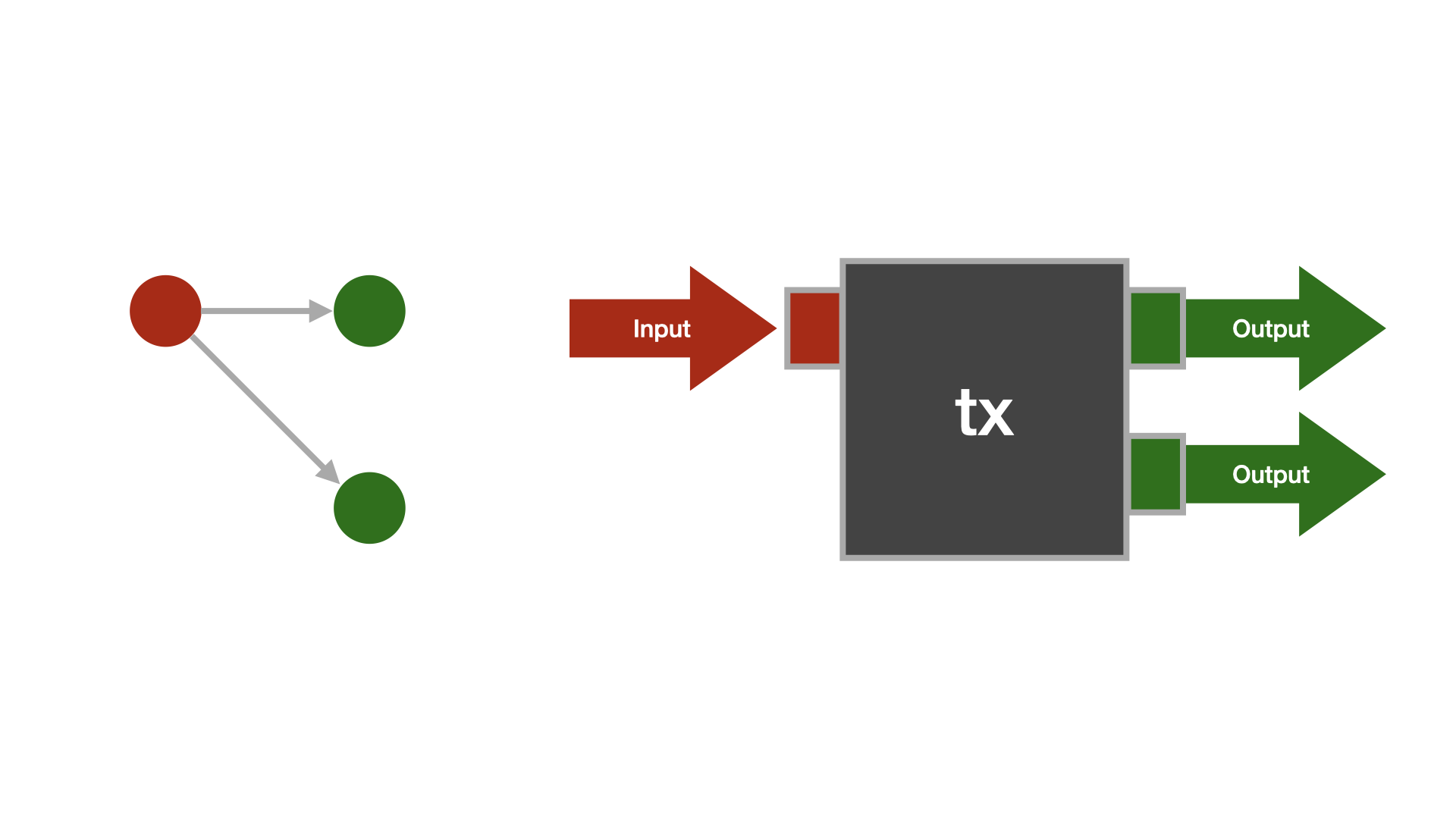 The concept of change is required because Bitcoin doesn't allow an update of the past. It is an append-only log, so instead of going back and modifying past entries, new entries have to be created to reflect any updates. Transactions are what create these updates. For a simple transaction, one new "entry" is created to update the balance of the receiver, and one new entry is created to update your own balance. You can think of it as paying for something that costs $5 with a $20 bill. The merchant receives five dollars, and you get $15—the change—back. However, we don't have physical coins and bills, we only have an append-only log. So instead of bills of smaller denominations, new entries—new UTXOs—are created. 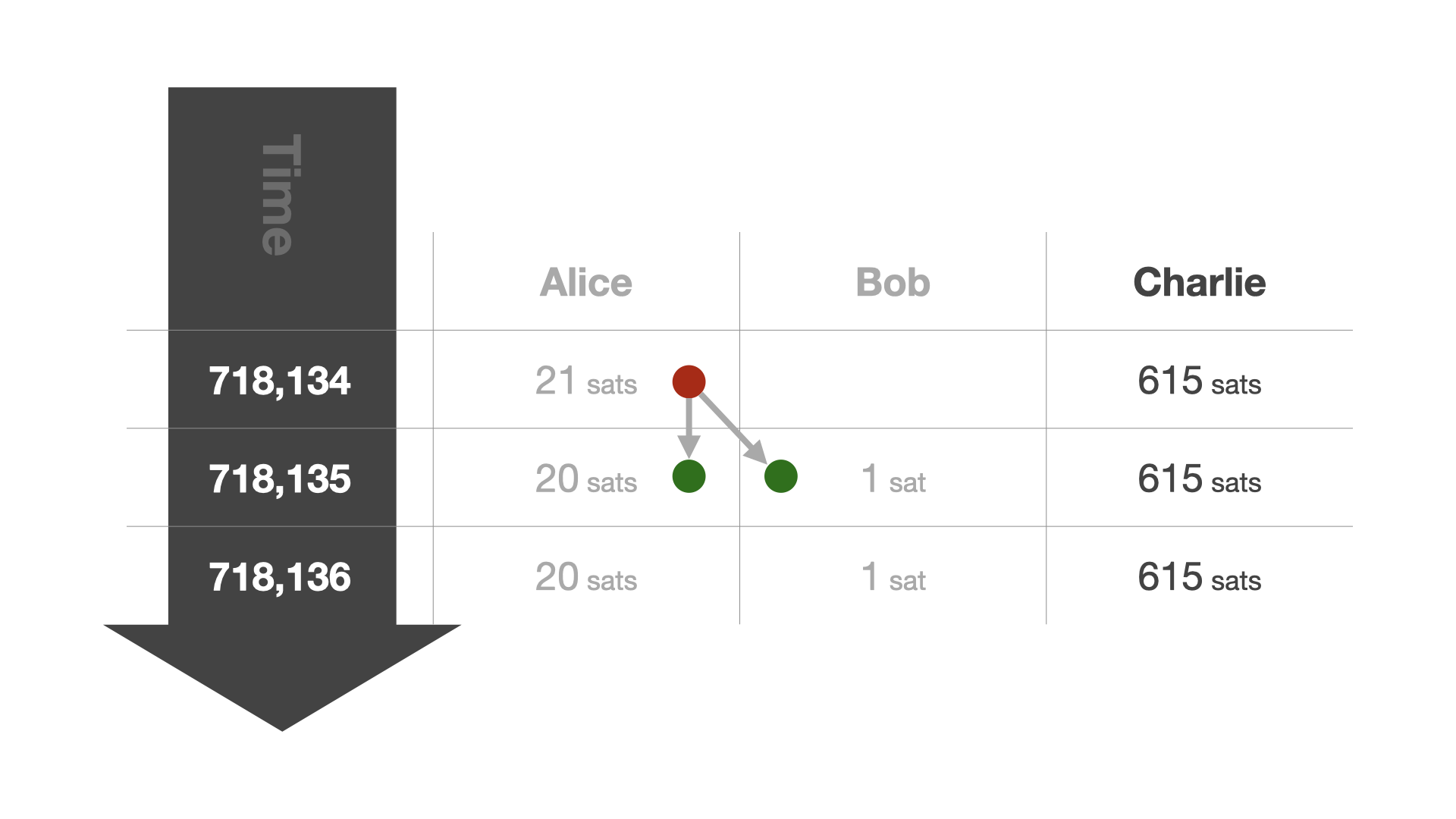 For example, if it is trivial to determine which output is a change output and which one isn't, it is trivial to cluster outputs and thus identify not only the flow of funds, but also who transacted with whom, at what times, and—of course—the amounts that were transacted. Imagine a data leak that exposes all transactions of every company, every individual, every politician, every bank, every merchant, every online shop, and every vending machine. When used naively, this data leak is Bitcoin.

Luckily, the situation is not as grim as it sounds. Developments and techniques exist to remedy this situation. To understand them, we have to understand the various transaction types that Bitcoin allows. 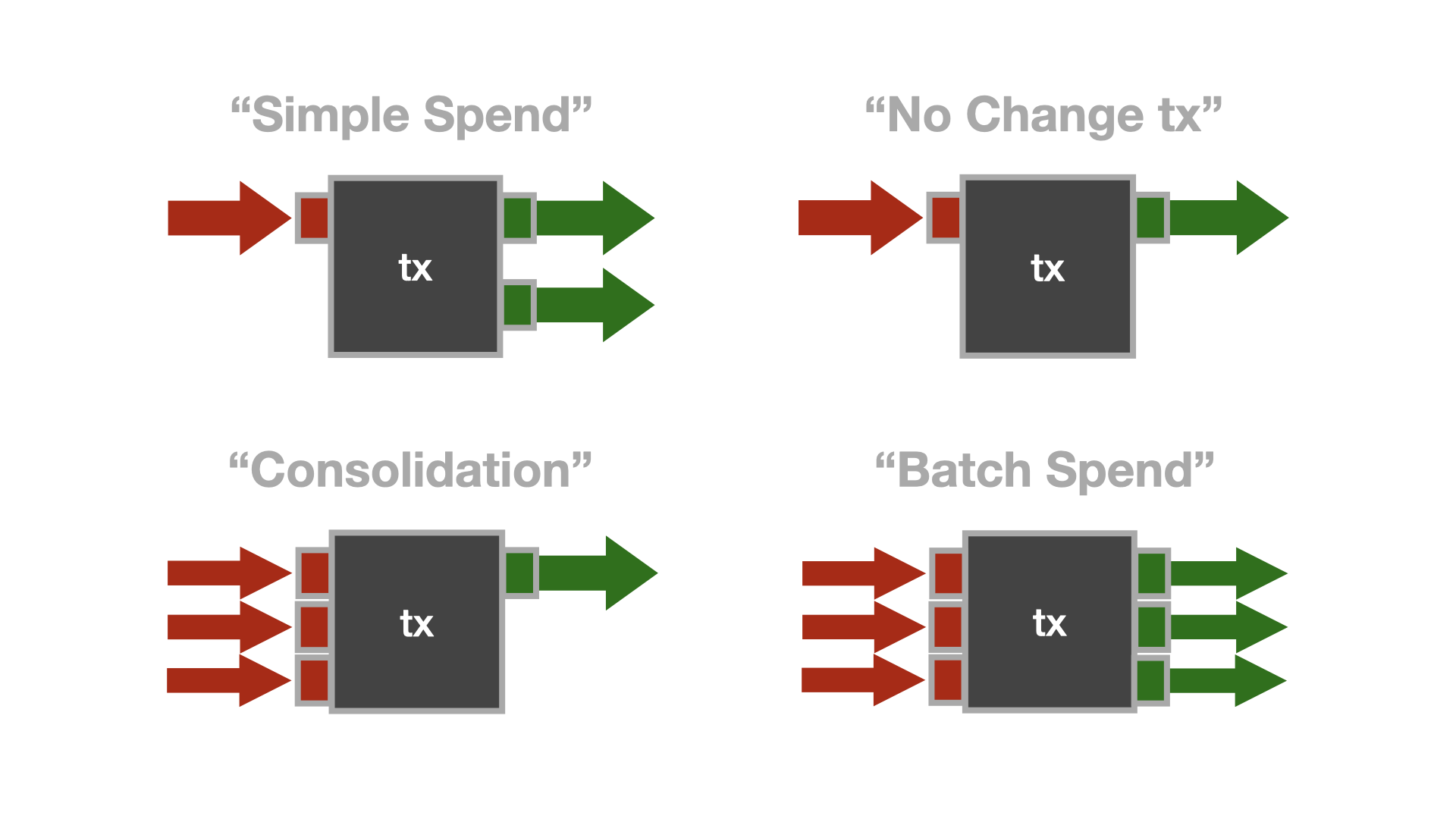 While Bitcoin's transaction graph is public, it is important to point out that any analysis that is applied to this data is heuristic. For example, a user might create a transaction that splits a UTXO in half, resulting in two outputs that belong to the same entity. Or, to pick another example, a regular spend might produce two outputs that are exactly equal, making change detection virtually impossible. 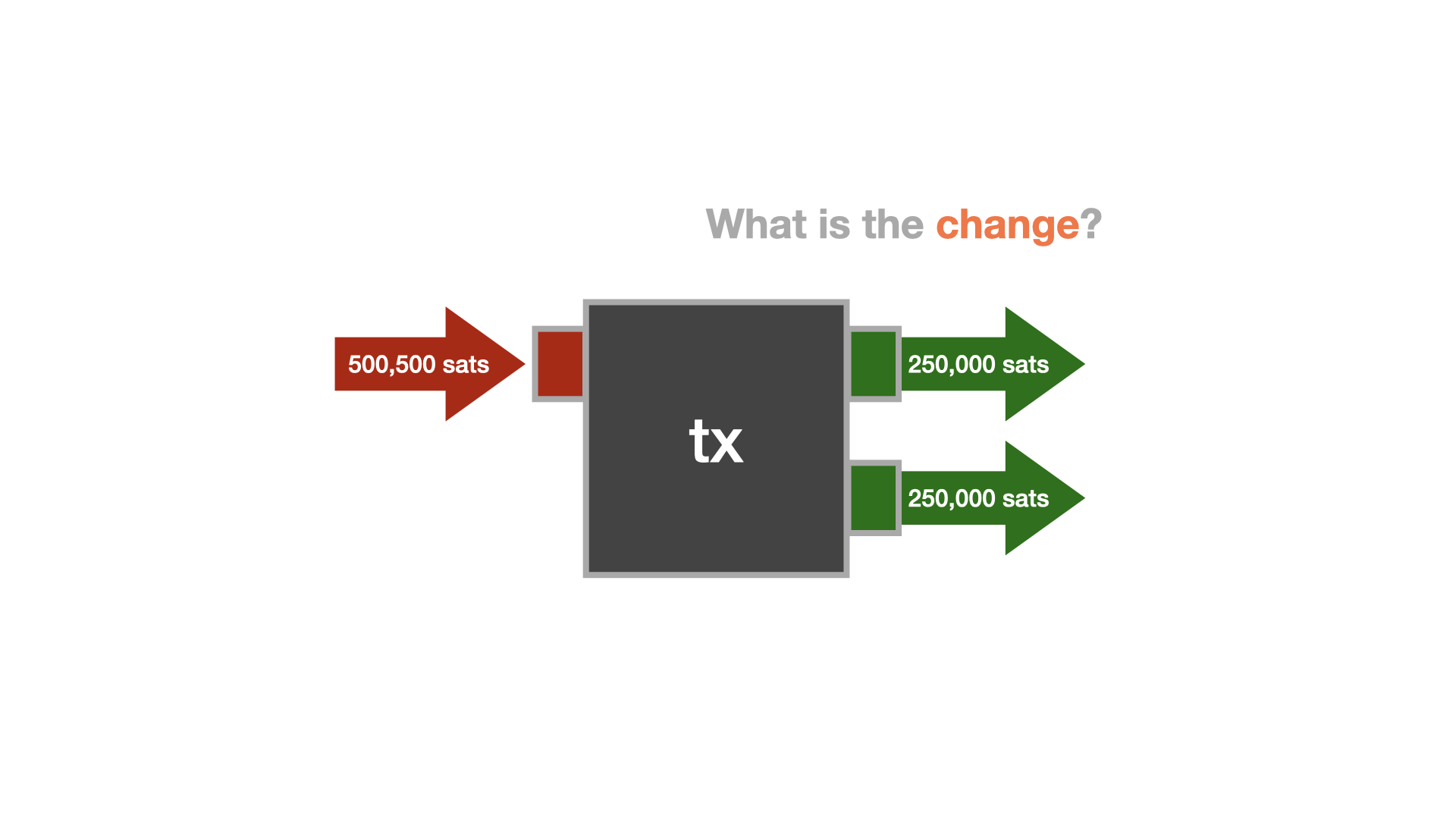 Because identification can only happen heuristically, one part of the solution to Bitcoin's privacy conundrum lies in collaboration.

Similarly, cryptographers and security researchers are currently working on protocols and techniques that make sure that bad actors can't eavesdrop on your every financial move. As with end-to-end encryption, these protections are important for all and a matter of life-and-death for some. Dissidents, journalists, whistleblowers, political activists—these are only a few groups of people that depend on secure communications, which includes financial communication. That privacy is important for these groups is an understatement. It is absolutely essential. This is also why the Human Rights Foundation launched a fund to support software developers who are making the Bitcoin network more private, decentralized, and resilient.

Once the collaborating parties agree on the parameters of the transaction, the transaction is signed by all parties and broadcast to the network. Because of the heuristical nature of transaction analysis, an onlooker won't be able to figure out the flow of funds. 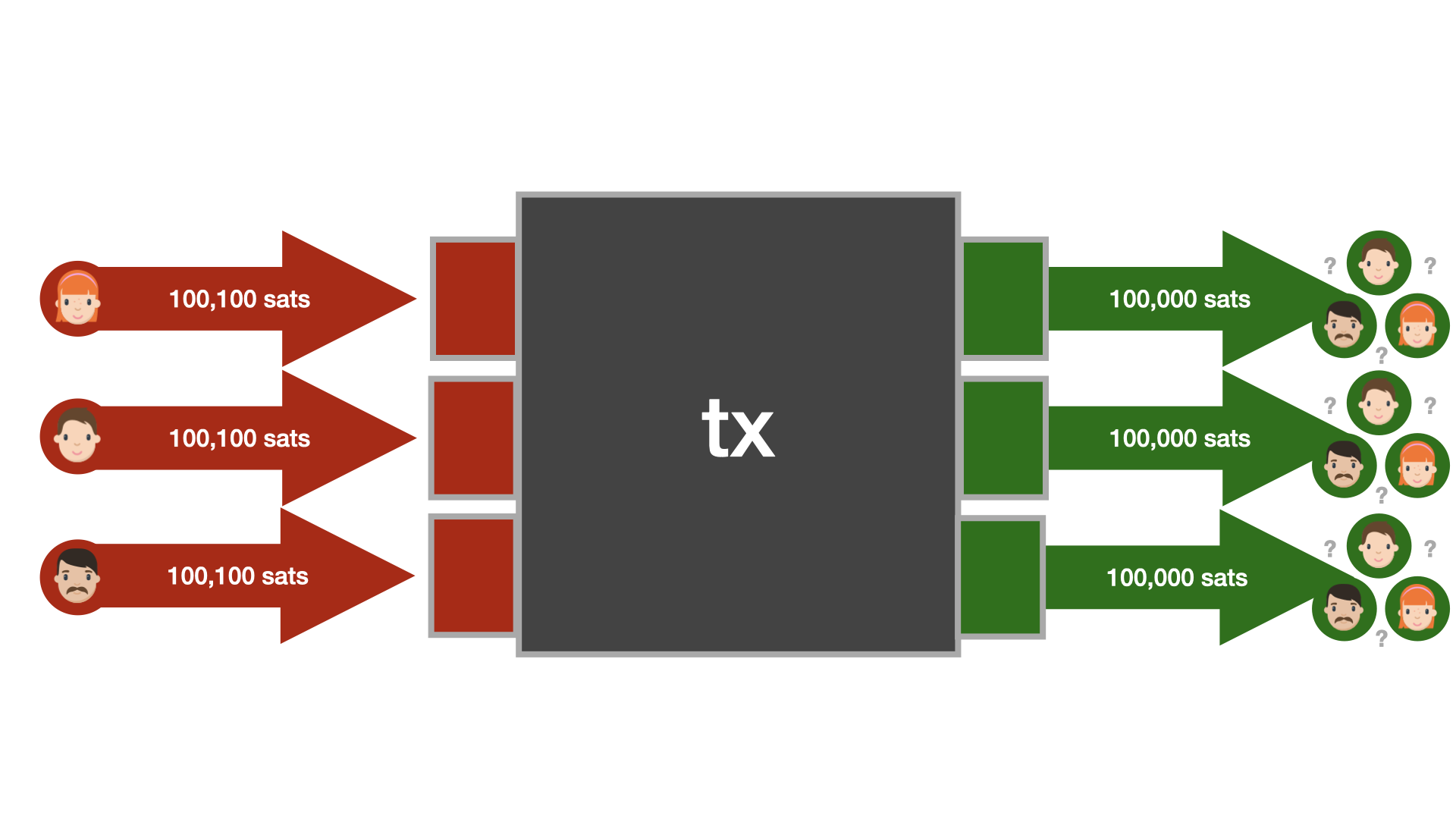 One especially promising technique to increase the privacy of all is to combine the above with an actual payment. In this scenario, the "handshake" is about bringing a merchant and a customer together to craft a special transaction that can only be deciphered by said merchant or customer. An eavesdropper is left with multiple interpretations of the transaction, each equally likely. Such a transaction is called a “PayJoin.”

Even if only a small percentage of transactions are PayJoin transactions, the privacy of all participants in the network is increased substantially.

As more wallets and merchants adopt and support these privacy features, we will see a substantial increase in privacy on Bitcoin's base layer. However, as we have seen with the adoption of Transport Layer Security on the Internet, it takes some time for an upgrade of this sort to be implemented and embraced.

When the internet was a new thing, we didn't think that it would envelop all our communications and all our lives. Encryption was an afterthought. After a while, however, we figured out that having all our communications available in plain text, readable by everyone who had the interest and technical proficiency to do so, wasn't a terribly good idea. Consequently, we made a concerted effort to change things. We upgraded from HTTP to HTTPS and from plain text messages to end-to-end encryption. While this switch isn’t 100% complete yet, encrypted communication became the default over time. This upgrade took a long time, since, similar to Bitcoin, nobody is in charge of the internet.